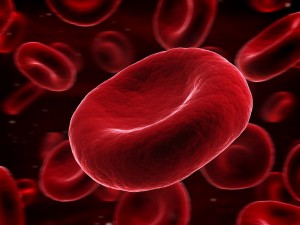 The fact that such a comparison, so compatible with the scientific data, appears in the Qur’an is an evident miracle, given the time when the Qur’an was revealed.

“No indeed! Rather what they have earned has rusted up their hearts.” (Al-Mutaffifin, 14)

The term ‘rusted’ used to describe hearts in verse of Surat al-Mutaffifin may be a reference to biochemical reaction that takes place in the heart. (Allah knows the truth.) Rust is the result of iron reacting with oxygen – oxidation.

An excess of iron in the blood can even lead to premature aging in all the body’s cells by causing rust-like oxidation.1 In the disease known as ‘hemochromatosis,’ caused by excess iron accumulating in the body, iron produces a toxic effect and causes organs such as the liver to collapse. Since this is the result of iron oxidation, this phenomenon is often described as organs ‘rusting’ or ‘rust accumulation’ in organs.2 In the journal Science News, Dr. Sharon McDonnell describes the iron oxidation in cells making up organs as ‘rusting’.3

Another reference says this about the disease: “…those with hemochromatosis absorb iron, storing it in their organs. Over time, it accumulates in toxic amounts, causing organs to fail because they literally rust.”4

It is only possible to identify the reaction of iron with oxygen in the body – oxidation in the blood – in laboratories with highly advanced equipment. The fact that such a comparison, so compatible with the scientific data, appears in the Qur’an is an evident miracle, given the time when the Qur’an was revealed. The fact that the Qur’an also contains countless other pieces of information all in agreement with modern science is another sign that it is the revelation of Omniscient Allah, our Lord and the Creator of all things.

How Do I Stop My Friends or Family from Sinning?

How to Avoid Minor Shirk?