Hadith: Its Meaning and Significance 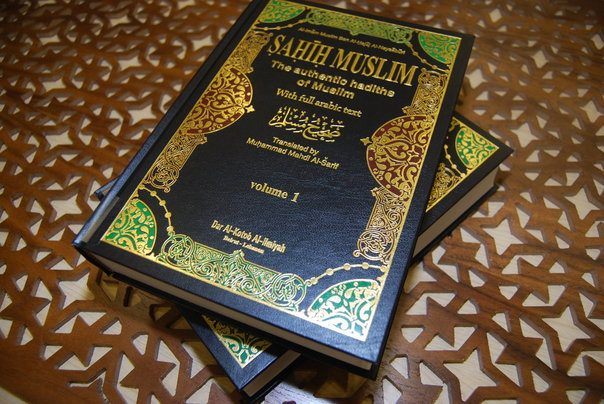 If one is to understand the meanings of Qur’an, they must consider what the Prophet said or did regarding it.

The Arabic word hadith basically means ‘an item of news, conversation, a tale, a story or a report,’ whether historical or legendary, true or false, relating to the present or the past. Its secondary meaning as an adjective is ‘new’ as opposed to qadeem, ‘old’.

However, like other Arabic words (e.g. salah, zakah), its meaning changed in Islam. From the time of the Prophet (peace be upon him), his stories and communications dominated all other forms of communication. Consequently, the term hadith began to be used almost exclusively for reports that spoke of his actions and sayings.

Usage of the Word Hadith

The term hadith has been used in both the Qur’an-where it is mentioned 23 times- and the prophetic traditions according to all of its linguistic meanings. The following three categories are the most notable usages. It has been used to mean:

a- The Qur’an itself:

Then leave Me alone with those who reject this communication. (Al-Qalam 68:44)

“Indeed, the best form of communication is the Book of Allah…” (Muslims and Ahmad)

b- A historical story:

“You may speak about the Children of Israel without …” (Al-Bukhari)

When the Prophet confided in one of his wives… (At-Tahrim 66:3)

“Molten copper will be poured in the ear of whoever eavesdrops on the conversation of people who dislike him doing so or flee from him.” (Al-Bukhari)

Among the hadith scholars the term hadith means ‘whatever is transmitted from the Prophet of his actions, sayings, tacit approvals, or physical characteristics. Scholars of Islamic Law do not include the physical appearance of the Prophet in their definition.

The Prophet’s sayings and actions were primarily based on revelation from Allah and, as such, must be considered a fundamental source of guidance second only to the Qur’an. Allah in the Qur’an said concerning the Prophet:

(Muhammad) does not speak from his desires; indeed, what he says is revelation. (An-Najm 53:3-4)

Therefore, the hadith represents a personal source of divine guidance which Allah granted His Prophet which was similar in its nature to the Qur’an itself. The Prophet reiterated this point in one of his recorded statements, “Indeed, I was given the Qur’an and something similar to it along with it.” (Abu Dawud)

Allah also protected its essential meanings from change by entrusting the explanation of the meanings of Qur’an to the Prophet himself.

The preservation of the Qur’an was not restricted to protecting its wording from change. Were that the case, its meanings could be manipulated according to human desires, while maintaining its wording.

However, Allah also protected its essential meanings from change by entrusting the explanation of the meanings of Qur’an to the Prophet himself. Allah states the following in the Qur’an regarding its interpretation:

And I revealed to you the Reminder (Qur’an) in order that you explain to the people what was revealed to them.” (An-Nahl 16:44)

Therefore, if one is to understand the meanings of Qur’an, he or she must consider what the Prophet said or did regarding it. E.g. in the Qur’an, Allah instructs the believers to offer salah (formal prayers) and pay zakah (obligatory charity) in Surat Al-Baqarah (2), verse 43.

And be steadfast in prayer; practice regular charity; and bow down your heads with those who bow down (in worship). (Al-Baqarah 2:43)

However, in order to obey these instructions correctly, one must study the methodology of the Prophet in this regard. Among his many clarifications concerning salah and zakah, he instructed his followers saying “Pray as you saw me pray,” (Al-Bukhari) and he specified that 2.5% of surplus wealth, unused for a year,9 should be given as zakah.

Also, there are a number of authentic hadiths in which the Prophet gave specific instructions concerning the items and quantities on which zakah was due, as well as the time it is due. Among them is the following narration from `Ali ibn Abi Talib:

One of the primary duties of the Prophet was to judge between people in their disputes. Since his judgments were all based on revelation, as stated earlier, they must be considered a primary source of principles by which judgments are carried out in an Islamic State. Allah also addressed this responsibility in the Qur’an saying:

O believers obey Allah, obey the Messenger and those in authority among you. If you dispute about anything, refer it to Allah and the Messenger. (An-Nisaa’ 4:59)

Thus, hadiths are essential for the smooth running of the law courts in an Islamic State.

Since the Prophet was guided by revelation in his personal life, his character and social interactions became prime examples of moral conduct for Muslims until the Last Day. Attention was drawn to this fact in the following Qur’anic verse:

Surely there is for all of you a good example (of conduct) in the way of Allah’s Messenger. (Al-Ahzab 33:21)

Consequently, the daily life of the Prophet as recorded in hadith represents an ideal code of good conduct. In fact, when the Prophet’s wife, ‘A’ishah, was asked about his conduct, she replied, “His character was the Qur’an.” (Ahmad)

The science of narration, collection and criticism of hadith was unknown to the world prior to the era of the Prophet .

In fact, it was due in part to the absence of such a reliable science that the messages of the former prophets became lost or distorted in the generations that followed them.

Therefore, it may be said that it is largely due to the science of hadith that the final message of Islam has been preserved in it is original purity for all times. This is alluded to in the Qur’anic verse:

Indeed, I have revealed the Reminder, I will, indeed, protect it. (Al-Hijr 15:9)

The article is an excerpt from the author’s book “Usool Al-Hadith”.

Want to Study the Gracious Quran? Watch this!

How Mohamed Salah Inspired Me To Become A Muslim!