Awrah of Men and Women in Prayer

April 21, 2020Prayer in Islam, Purification`awrah of men and women, FEATURED, greatness of prayer, how muslims pray, how to Pray, learn to pray, man’s awrah, our `awrah in prayer, parts of `awrah, parts to be covered, Prayer In Islam, salah, Salat, Significance of Prayer, woman’s awrahby School Admin 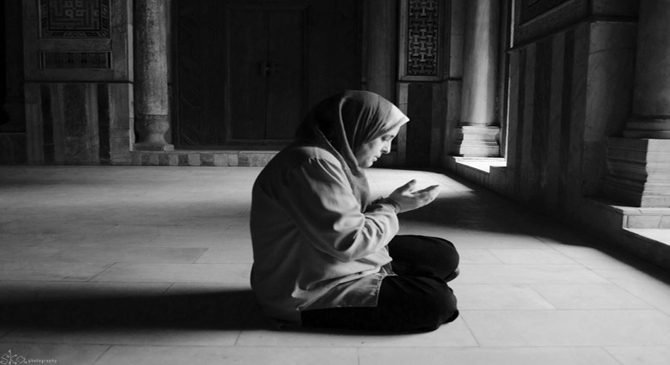 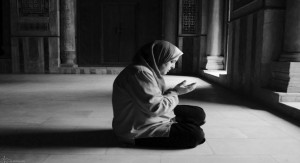 Covering the awrah is one of the prerequisites of salah. Allah (glory be to Him) says in the Qur’an:

“O Children of Adam, take your adornment (by wearing proper clothing) for every mosque.” (Al-A`raf 7:31)

The word “adornment” here refers to covering the awrah (private parts to be covered in public), while the word “mosque” means prayer. Therefore, the whole phrase means “Cover your awrah for every prayer”.

Salamah ibn Al-Akwa` (may Allah be pleased with him) said to the Prophet (peace be upon him): “O Messenger of Allah, may I pray in a long shirt?” He said: “Yes, but button it, even with just a thorn.” (Al-Bukhari)

As for men, they have to cover what is between the navel and thighs. But, there is disagreement regarding the navel, thighs and knees. The following hadiths prove that such parts are not part of man’s awrah.

`A’ishah (may Allah be pleased with her) narrated: “The Prophet was sitting with his thigh exposed when Abu Bakr asked, and received, permission to enter. The same thing happened with `Umar. However, when `Uthman sought permission to enter, the Prophet covered himself with his clothes. When they left, I said: ‘O Messenger of Allah, you allowed Abu Bakr and `Umar to enter while your thigh was exposed. But when `Uthman asked permission to enter, you covered yourself with your clothes.’ He said: ‘O `A’ishah, shouldn’t I be shy of a man even the angels, by Allah, feel bashful in his presence’?” (Ahmad and Al-Bukhari)

Ibn Hazm says: “It is correct to say that the thigh is not part of awrah. Saying otherwise will conflict with the fact that Allah allowed His Prophet (peace be upon him), who is protected (from sin), to uncover his thigh so that Anas and others could see it. Allah (glory be to Him) would have kept him from doing this.”

According to Jabir, when the Prophet (peace be upon him) was young (before his Prophethood), he was once carrying the stones of the Ka`bah, wearing only a loincloth. His uncle Al-`Abbas said to him: ‘O nephew, why don’t you untie your waistcloth and put it on your shoulder for padding?’ The Prophet did so and fell unconscious. He was never seen naked again after that.”‘ (Al-Bukhari and Muslim)

Ibn Hazm mentions that Hubair Ibn Al-Huwairith looked at Abu Bakr’s thigh when it was uncovered.

However, the following hadith show that the thighs and so on are part of `awrah:

Muhammad Jahsh reported: “The Messenger of Allah (peace be upon him) passed by Ma’mar while his thighs were uncovered. He said to him: ‘O Ma’mar, cover your thighs, for they are (part of) `Awrah.” (Ahmad)

There is no such controversy over what constitutes a woman’s awrah. It is stated that her entire body is awrah and must be covered, except her hands and face. Allah (glory be to Him) says in the Qur’an:

And to display of their adornment only that which is apparent (do not expose any adornment or beauty save the hands and face). (An-Nur 24:31)

It has been authentically related on the authority of Ibn `Abbas, Ibn `Umar and `A’ishah that the Prophet (peace be upon him) said: “Allah does not accept the prayer of an adult woman unless she wears a head covering (full hijab).” (Agreed upon)

It is related from Umm Salamah that she asked the Prophet: “Can a woman pray in a long shirt (like a night shirt) and head covering without a loincloth?” He said: “If the shirt is long and flowing and covers the top of her feet (i.e. she is allowed to do do).”  (Abu Dawud)

It is also narrated that `A’ishah was asked about the kinds of garments a woman is allowed to pray in, she answered: “Ask `Ali ibn Abu Talib and then tell me what he says.” `Ali’s answer was, “In a head cover and a long flowing shirt.” On conveying this reply to `A’ishah, she said, “He has told the truth.”

Women’s clothes must cover the awrah, even if they are tight enough to highlight those features. If the clothes are so transparent that one’s skin color can be seen, they are not suitable for prayer.

Discover How Islam Cares About Cleanliness