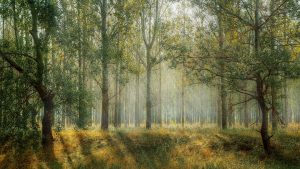 A few days ago, while waiting for a bus to take me downtown, I met an elderly Canadian lady. She wore a red poppy as a sign to remember the members of the armed forces who died in the line of duty during the past world wars.

Spontaneously, I said, “This is a great thing about you, Canadians!”

Enthusiastically she asked, “What is it? What do you mean?”

I said, “You, unlike many other people, never forget your heroes; those who have sacrificed themselves for the sake of their country! That is why, when your soldiers go to battle, they do their best as they know they would always be remembered!”

While on the bus, I thought of the many heroes who have been exceptional examples in terms of bravery and self-sacrifice throughout our Islamic history. But almost no one remembers them or cares about commemorating them in any way.

I decided I would write a brief account of some of the heroes who were young but influential.

Let me introduce you to 9 of the youngest leaders in Islamic history, many of whom are unknown to many.

In doing so, he helped raise the first Muslim generation who protected the Prophet, defended the faith, and spread the Word of Allah across the globe.

He embraced Islam in his teenage years and was one of the very first to believe in the new faith. Talha was also one of the most generous people amongst the early Muslims.

In the battle of Uhud, he made a pledge to the Prophet (peace be upon him) that he would die in the cause of Allah and, thus, protect the Prophet from the disbelievers.

He shielded the Prophet from flying daggers and arrows with his own body until one of his fingers was paralyzed. However, he managed to save the Prophet’s life. He was also one of the six people Umar Ibn Al-Khattab nominated to decide who’ll be the next Caliph.

At the age of 17, Sa`d was one of the very first people to believe in the Prophet and accept Islam.

He was also the first to shoot an arrow for the defense of Islam. He was one of the ten people who received the glad tidings from the Prophet as to enter Paradise.

Also, he was one of the six nominated by Caliph Umar ibn Al-Khattab to choose amongst themselves as his successor after his death.

One day, the Prophet (peace be upon him) referred to him as saying, “This is my maternal uncle Sa`d. Is there anyone who has an uncle like him?”

Az-Zubair ibn Al-Awwam was the first Muslim to unsheathe his sword in the cause of Allah.

He was one of the close disciples of the Prophet (peace be upon him). Besides that, he was among the six people that Umar Ibn Al-Khattab nominated to succeed him as Caliph.

Although he was only 18, he was qualified enough to be appointed by the Prophet as the leader of the last army he dispatched before he passed away.

The army was comprised of prominent Companions of the Prophet (peace and blessings be upon him) such as Abu Bakr Al-Siddiq and Umar ibn Al-Khattab and many others.

The army was to confront the Roman army, one of the mightiest armies on earth at that time.

Zayd was one of the scribes of the Divine Revelation. He reportedly learned Syriac and Hebrew in 17 days and became the Prophet’s interpreter.

Practicing until he perfected it, Zayd committed the Noble Qur’an to his heart.

He contributed to the compilation of the Sacred Word of Allah during Abu Bakr Al-Siddiq’s Caliphate.

In modern-day terms, these two were only kids! However, more than 1400 years ago, they managed to put an end to the life of one of the biggest enemies of Islam, who spared no effort to harass the Prophet companions. They killed Abu Jahl (Amr ibn Hisham) in the battle of Badr while he was commander of the polytheists.

Muhammad ibn Qasim Al-Thaqafi was a prominent leader. During the Umayyad era, he brought Islam to the Sindh and Multan regions along the Indus River, which is now a part of Pakistan.

He was one of the greatest military leaders of his time. Bin Qasim Town in Karachi is named after Muhammad ibn Qasim.

How are our youth today? What sort of role models do they have to cherish? What do they aspire to do or achieve?

I have heard some of the youth today speak of a few of these prominent figures with admiration, but sadly, many others have never even heard of them.

Our heroes can be a wonderful source of inspiration; let us read about them and learn from their courage and sacrifice!

Dr. Ali Al-Halawani is Assistant Professor of Linguistics and Translation Studies. He is an author, translator, and writer based in Canada. To date, Al-Halawani authored over 400 original articles on Islam and Muslims, most of which can be accessed on www.truth-seeker.info and other famous websites. He has recently started to self-publish his articles and new books, which are available on Amazon and Kindle. You can reach him at [email protected].